To speak Thai clearly and make local people understood, it is not only getting the tones right it is also pronouncing the vowels correctly. 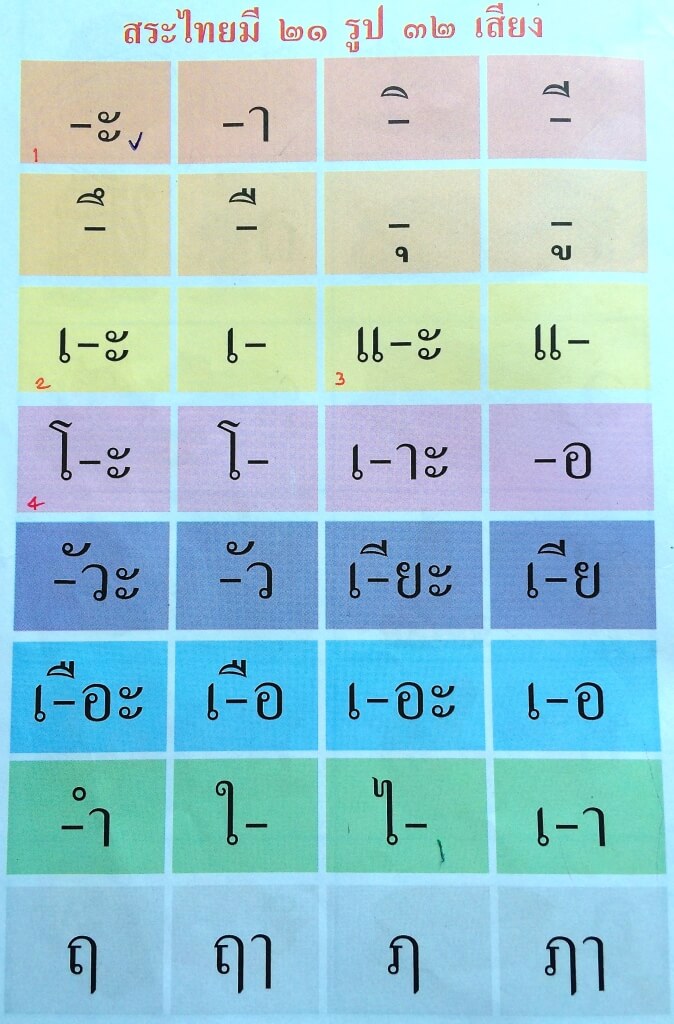 Similar to pronouncing Thai tones, when the vowel changes the meaning changes too. So you should make sure you are saying a word with a short or long vowel.

For example; ข้าว /kâao/ means ‘rice’ but when we change the pronunciation to a short sound เข้า /kâo/ means ‘to go in’.

Once you feel comfortable with pronouncing the long vowel sounds,now it is time to continue to the short ones. 🙂

Please note: There are seven more short vowels that teacher Pear didn’t include in the video. Three of them are rarely used เอียะ /ia/ เอือะ /uea/ อัวะ /ua/. Four of these vowels can be pronounced either short or long อำ/am/, ไอ/ai/, ใอ/ai/, เอา/ao/.

Thai Vowels with a Final Consonants

The table below shows you both long vowels and short vowels that change the appearance when adding a final consonant (FC). They are in the orange color. Yes, you heard me right, some vowels change the form when there is a final consonant in the word so please be careful. 🙂 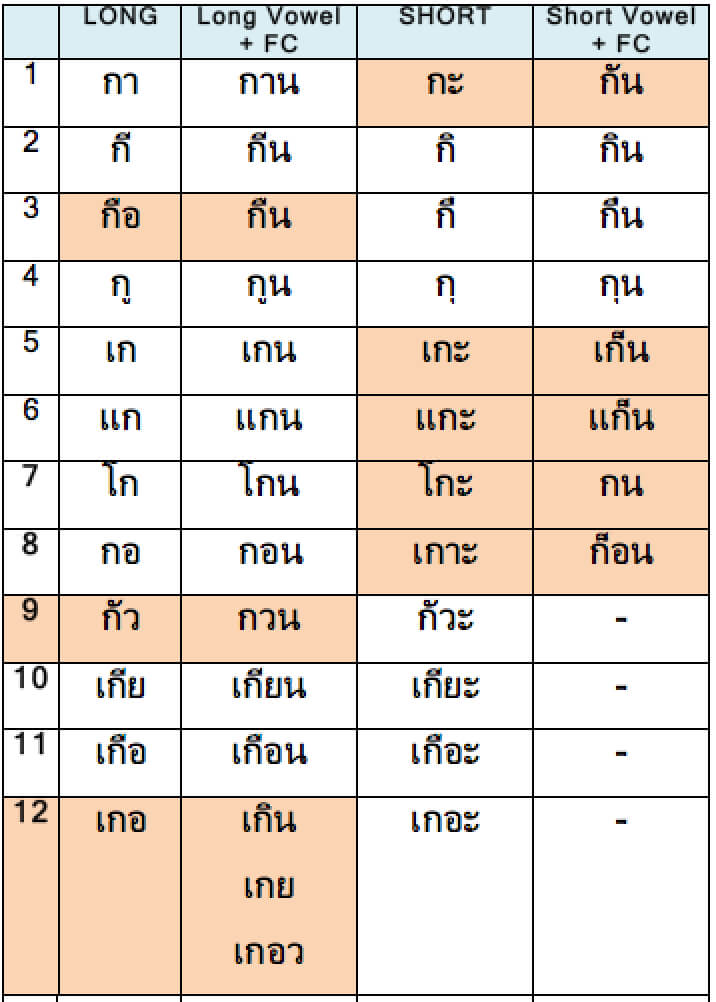