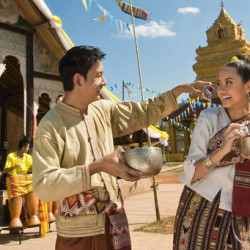 Sawatdee ka, Every year the Loy Kratong Festival falls on the full moon night of the twelfth lunar month, this year the festival falls on the 10th of November.The festival originally started from the Sukhothai period a symbolic tradition, as one floats away their Kratong at the same time it releases bad luck or vibes, as well as expressed apologies to the River Goddess Khong … END_OF_DOCUMENT_TOKEN_TO_BE_REPLACED 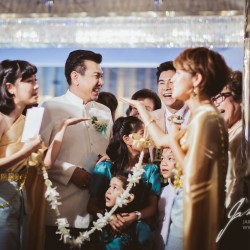 Barring the Groom from approaching the Bride (พิธีกั้นประตู) In order for the wedding to continue, the groom must bring the bride from her room to join him for the engagement ceremony. However, before this can happen, the groom must successfully pass through a number of obstacles that are put in the groom’s way by the bride’s family. These symbolic “doors” can only be … END_OF_DOCUMENT_TOKEN_TO_BE_REPLACED