On October 13, 2016, a great sadness enveloped the people of Thailand, following the death of the late monarch, His Majesty the late King Bhumibol Adulyadej Boromnathbobitra (Rama IX) Even though it has been almost a year, the sadness never ceases. The royal funeral is scheduled for October 25-29, 2017, with the roal cremation itself taking place on October 26, between 5.30 p.m. and 10 p.m.

The funeral will be a grand and carefully organized event, and will feature exquisite fine arts, in accordance with the traditional practices of the court; care will be taken over every detail, in honor of the late King. 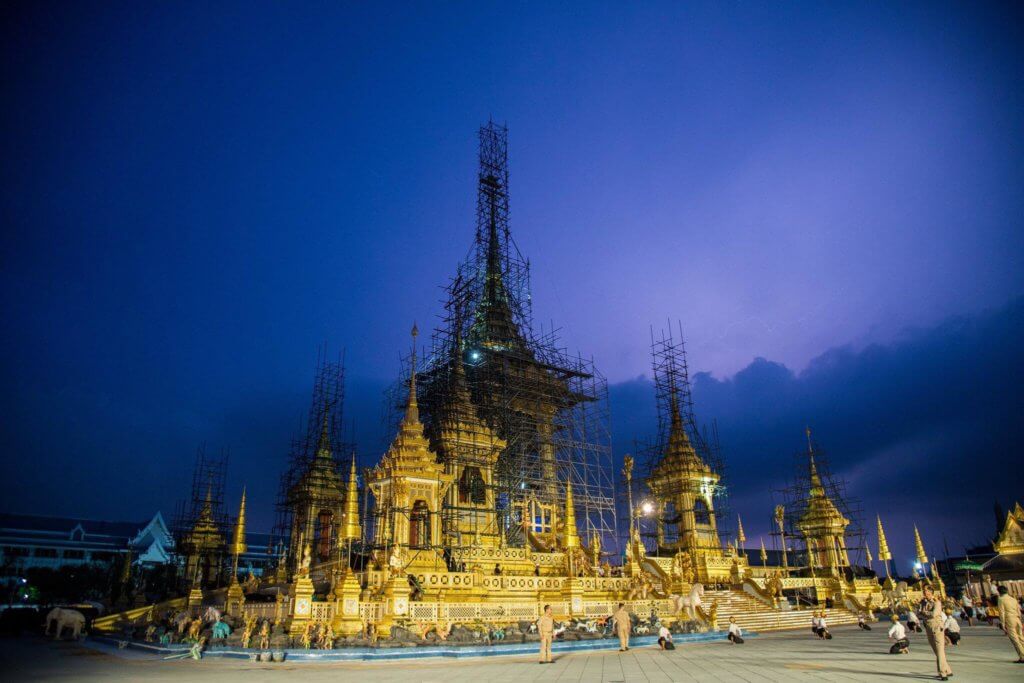 The design plan for the royal crematorium (พระเมรุมาศ) and other surrounding architectural works reflects traditional cosmological beliefs, particularly in relation to the concept of Trailokya (ไตรภูมิ) or ‘three worlds,’ which puts Mount Sumeru at the center of the universe, surrounded by seven seas, seven mountains-walls and four continents. Kings are believed to be the reincarnation of Narayana. One of the gods who come down to the world to spread peace and happiness and goes back to heaven when his life ends. The landscape of Mount Sumeru and its surroundings is represented by the detailed architectural works installed at Sanam Luang.

The royal crematorium is a temporary crematorium which will be taken down once the cremation is over.

The royal crematorium is designed as a complex of nine Busabok pavilions with staircases on all four sides. The pyre is elevated, situated three level up from the base. One level is used as a chamber for collecting the royal ashes after the cremation, and the other is for use by the monks. At the center of the structure is a grand Busabok surrounded by four small Busaboks at each corner, housing a royal catafalque and, inside, the royal mortuary urn. The mystical pond known as Anodat is depicted around the base of royal crematorium, using sculptors of different-sized mountains as well as mythical creatures found in the legendary forest Himavanta, along with elephants, horses, oxen, and lions. Each level of the pyre is also decorated with mythical animals, great detities, the Four Heavenly Kings, garudas, and angels – all of which are believed to escort the late king to heaven. 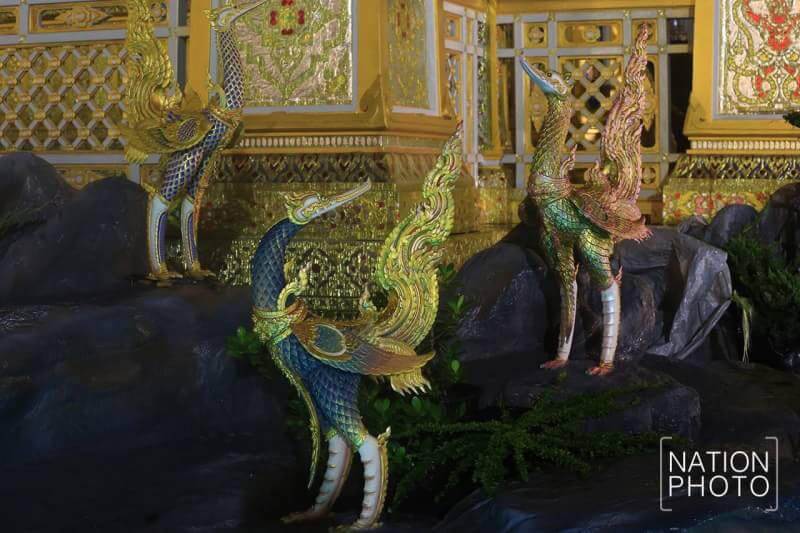 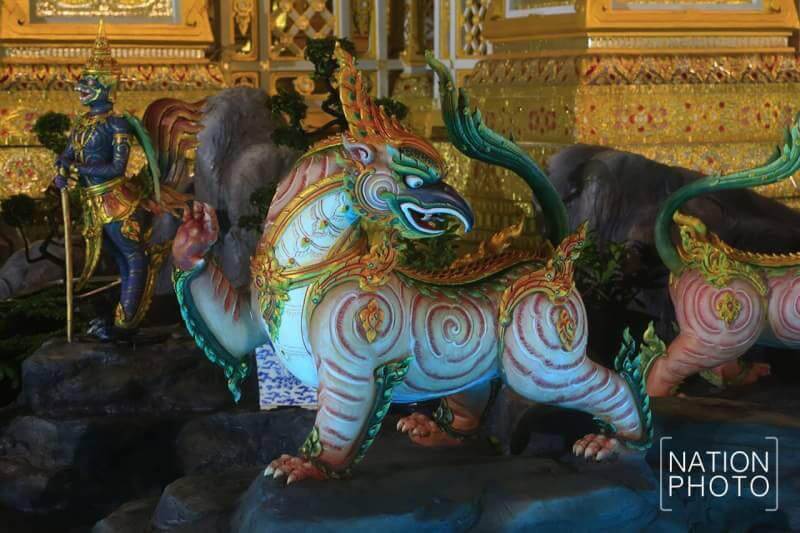 Another important part of the royal funeral is the making of the sandalwood royal urn and coffin. The sandal woods were selected by the department of National Parksm Wildlife and Plant Conservationm from Kui Buri National Park in Prachuap Khiri Khan province. The woods used to craft the urn in the shape of an octagon with a crown top, and a rectangular coffin decorated with an exquisite knitted steel and woodcraft. 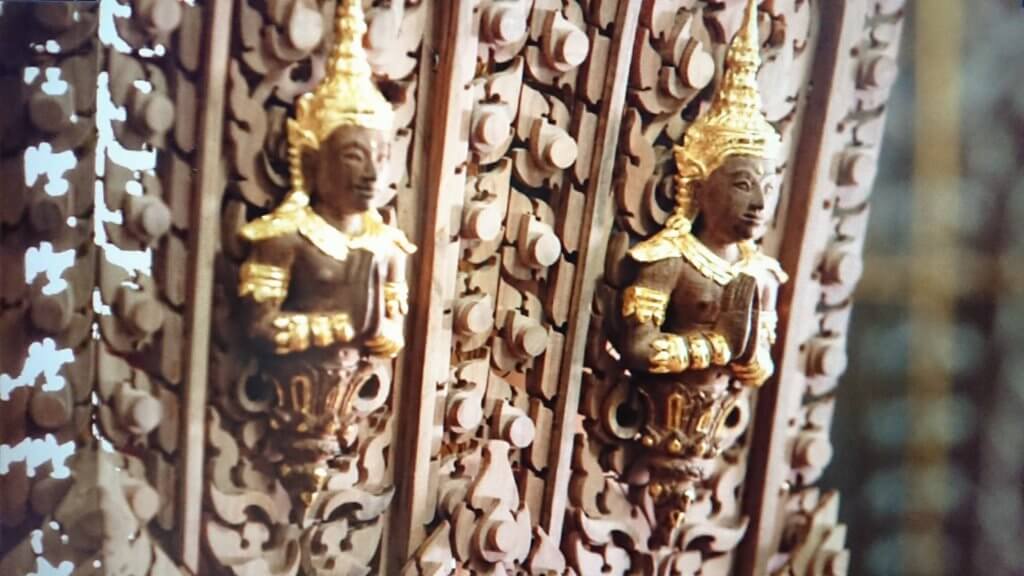 Your Guide to an October in Mourning

The government has suggested all citizens wear polite black or white based clothing, preferably plain with no patterns throughout the month of October until the 27th. If unable to comply, then a black mourning bow pinned to the chest will suffice. Polite clothing is suggested wear until the 29th when official ceremonies end. 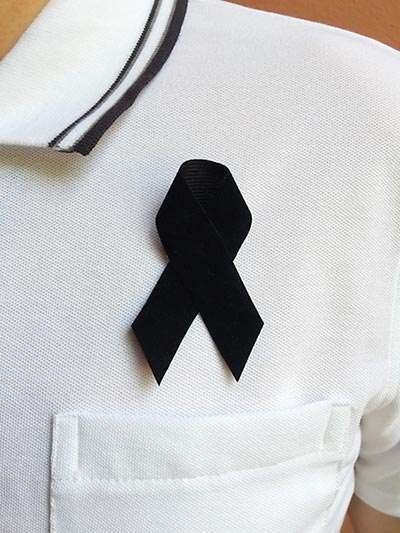 (if you are attending the funeral on Sanam Luang or at one of the many ceremonies held around the country.)