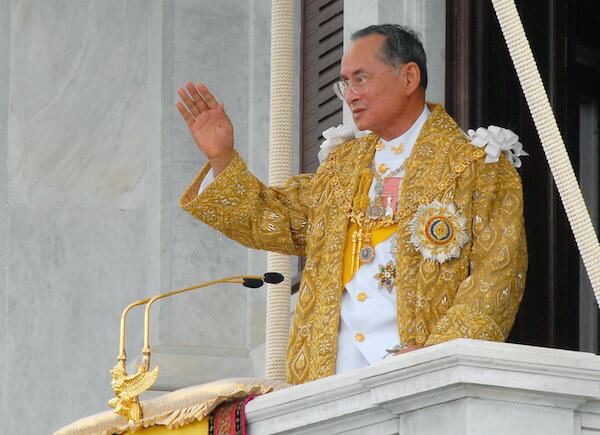 One of the most important days in Thailand is Father’s day (วันพ่อแห่งชาติ, wan-pôr-hàng-châart)

It is celebrated on December 5 which is the birthday of His Majesty King Bhumibol Adulyadej (วันเฉลิมพระชนมพรรษา, wan-chà-lěrm-prá-chon-má-pan-săa), the monarch of Thailand. King’s birthday is a national holiday and is celebrated all over the country.  December 5, 2015 is the King’s 88th Birthday Anniversary.

His Majesty the King commands great love and respect among his subjects. His birthday is regarded as a very significant day in Thailand. Thai people throughout the country take this special opportunity to express their reverence for the King. In the evening, they will gather at main avenue in their  provinces such as the city hall and light candles also sing the song of the King to wish His Majesty many happy returns of the day and a long life.

Bangkok is the best place in the country to enjoy the celebrations. Do remember that streets around Sanam Luang and Ratchadamnoen are prohibited to traffic. One can reach the area, and just stroll on the streets, traffic-free but brimming with people, watching the glittering sky and taking photograph with the beautful buildings decorated with lights. 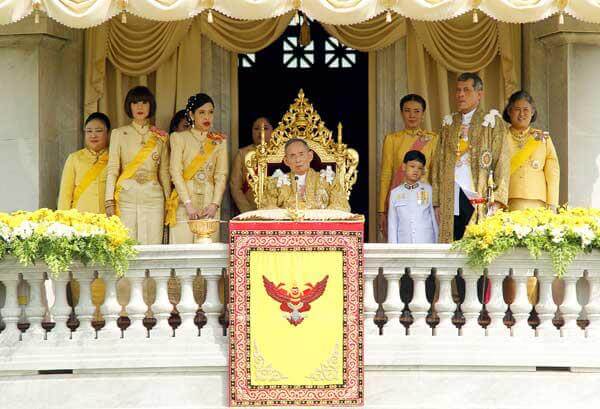 Each year, H.M. the King spoke about Thailand during his landmark birthday speech. During those speeches, the King provides opinions and reflections on the state of the nation. 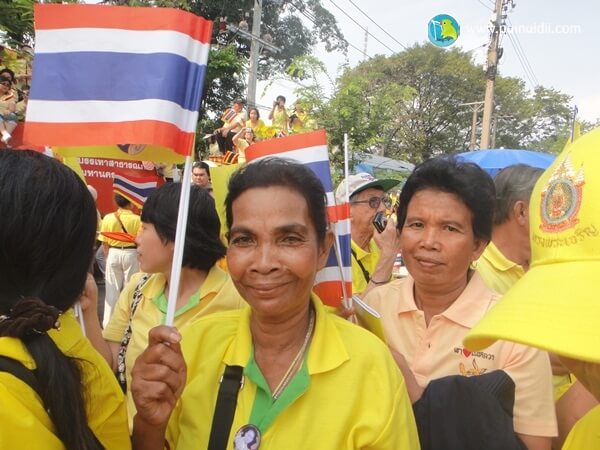 You will see almost every Thai person wearing yellow shirt on Dec 5. The king was born on Monday and yellow is the color of his birthday.

Yellow shirt sales are on the rise in all areas of the country. All government departments  have issued  internal circular letters seeking  cooperation from every section to have government officials, administrators and state employees wear the yellow shirt which represents the color of His Majesty’s birthday in order to show respect and loyalty and to be grateful to the King.

The King has one of the longest official titles in the world! His unabridged, official name is, “Phra Bat Somdet Phra Poramintharamaha Bhumibol Adulyadej Mahitalathibet Ramathibodi Chakkrinaruebodin Sayamminthrathirat Borommanatbophit” This roughly translates as “Strength of the Land”.

I am sure many of you have already known ‘father’ in Thai is พ่อ [pâw], but not everyone calls their father “พ่อ pâw”. Let’s learn other words as well.

You might see the word บิดา[bì-daa] which is a very formal expression for father and it is only seen in written form.

The common expression Thai people say to one another in this day is สุขสันต์วันพ่อ[sùk-săn wan pâw] Happy Father’s day.