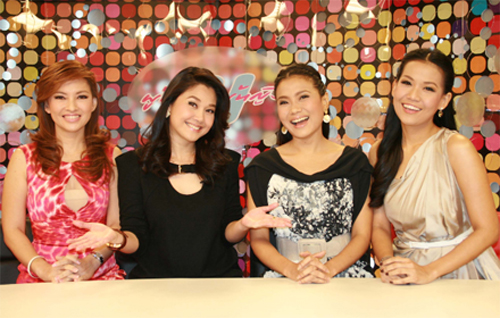 “jâ” used by adult male&femail speakers at the end of a statement when speaking to children and people of inferior status; between males and females denotes anything from easy familiarity to ‘sweet talk’;

used as a response when one’s name is called;

used in isolation as a ‘yes‘ response;

used to reassure speaker of one’s attention (jâa) when the vowel is normally lengthened ;

used after mâi to mean ‘no’.

I normally use the particle jâ with my friends both female and male, with my younger sister and brother as well as with younger people such as my little brother’s girlfriend. It sounds friendly and informal.