Have you ever had a day in Thailand where people said the strangest things?
You are doing bad Thai dance? She is running away from a tiger? Why did you catch fish with your hands?…Wait! What’s going on here? The answer is that your Thai friends are using proverbs.
What Is a Proverb ?

Proverbs are the traditional (historic) sayings of a country. They are short, clever sentences that usually offer life advice. Native Thai speakers often use them in conversation without even realizing it.

Proverbs can teach you more about a country’s culture than any textbook. They show what is important to the group of people, what is considered good behavior and what is bad behavior. Proverbs can also tell you the history of a place. For example, proverbs from farming towns will use a lot of farming language, and fishing villages will talk about the sea.

If you search on Google “Thai proverbs” you will find lists of 150 proverbs that is way too much, and I looked at those phrases, half of them I didn’t know what they were. I never used most of them in my life. You don’t want to waste your time.

Today we want to help you learn 10 common Thai proverbs that native speaker actually use in everyday life. Sometimes Thai language learners find it difficult to learn proverbs because proverbs can be long sentences but good news is these proverbs I selected for you are just a few words , clearly explained just for you!

English Proverb: When cats away the mice will play.

Meaning: when the person who is in charge of a place is not there, and the people there behave badly

Meaning: To succeed in achieving two things in a single action

English Proverb: Have your cake and eat it (too)

English Proverb: Between the devil and the deep blue sea.

Meaning: To have two choices that are both equally unpleasant or not convenient

English Proverb: You can’t judge a book by its cover.

Meaning: You cannot know what something or someone is like by looking only at that person or thing’s appearance.

English Proverb:You can’t have your cake and eat it too.

Meaning: Something that is bittersweet. Getting a good half and a bad half to something.

If you eat your cake, you won’t have it anymore, will you? So you can’t do both. This proverb is about having two opposite desires, and how it’s impossible to get both because the options conflict with each other, so they can only pick one.

English  Proverb:Prevention is better than cure.

Meaning: It is better to stop something bad from happening than it is to deal with it after it has happened.

Meaning: Said when you want to emphasise that both people involved in a difficult situation must accept the blame, or that an activity needs two people who are willing to take part for it to happen. Just as one person can’t tango (a Spanish dance with two people) alone, two people are responsible for some situations, so you can’t just blame one person.

Meaning: Said to emphasize that the person who has control of a situation in the end is most successful, even if other people had seemed originally to have an advantage

Meaning: Said when someone has blamed a mistake or failure on the things that they use to work. 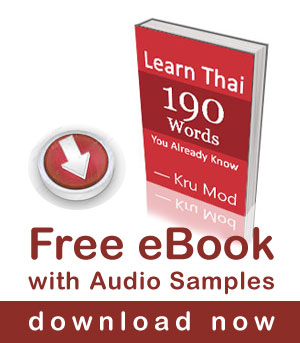