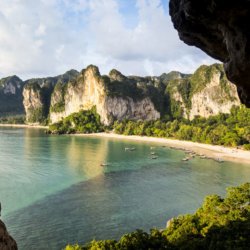 I grew up in the south and maybe that is the reason why I can't be away from the sea for so long. I often go to Koh Samed and Hua Hin for a long weekend because it is close to Bangkok, but my favourite beach destination is Southern Thailand. There are many islands with white sandy beaches and crystal clear water such as Koh Tao and Koh Lipe. For this trip my family and I … END_OF_DOCUMENT_TOKEN_TO_BE_REPLACED 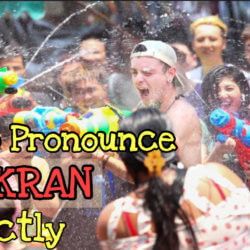 Thai New Year or "สงกรานต์ Songkran" is celebrated on April 13th every year. If you are in Thailand, you would find yourself swept up in festivities for three, five or even 10 days, depending on your specific location in the country. สงกรานต์ Songkran comes from a Sanskrit word ส-กรานต which means ‘to pass’ or ‘move into’ and indicates the passing of the sun, moon and other … END_OF_DOCUMENT_TOKEN_TO_BE_REPLACED 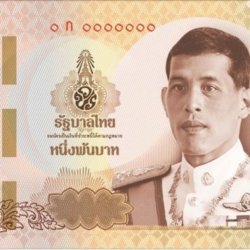 King Maha Vajiralongkorn, or King Rama X, ascended to the throne in December 2016. Now he’s finally taking his place on Thailand’s currency. According to a press release dated 8 March 2018, the Bank of Thailand plans to introduce the 17th series of notes. The fronts feature the new king, Maha Vajiralongkorn Bodindradebayavarangkun, and the backs features two kings in order … END_OF_DOCUMENT_TOKEN_TO_BE_REPLACED